I recently gave a presentation about the key challenges for physics teachers in promoting diversity and inclusion in the classroom. Naturally, I chose to talk about a topic I have done quite a lot of reading already: gender equality. To warm up, here’s a quote from the Institute of Physics’ website:

For more than 25 years, only around 20% of students progressing on to A-level physics have been girls, despite about equal success between the genders in GCSE physics and science.

An illustration of this is given by these pie charts, that I made using an IoP publication 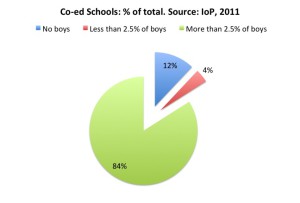 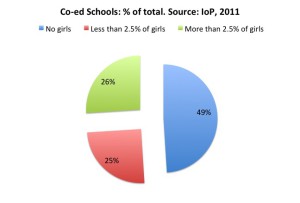 To explain this enormous discrepancy, you could say that boys are inherently more disposed and more likely to pursue a career in STEM subjects. That would be an opinion backed by very flimsy scientific evidence, and I wouldn’t agree with you. Rather, I think that we should have a closer look at this: 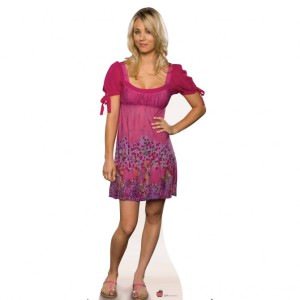 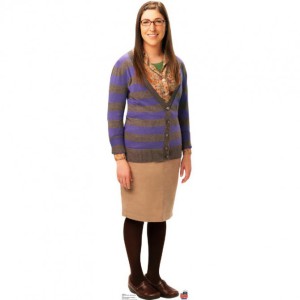 These are two female characters from what I think is the only popular (mainstream) tv show about research in the sciences. On the left we have Pennie, who is (and the show constantly emphasizes this) pretty, popular, and attractive to men. On the right we have Amy, who is and has always been very unpopular, and never had friends.

Pennie is an actress. Amy is a scientist.

I love the Big Bang theory, I think it is very funny, and it makes what I do more relatable to people (“So you are like Sheldon Cooper?”). However, the show does demonstrate and, for comical effect, play on the strong stereotypes we have. 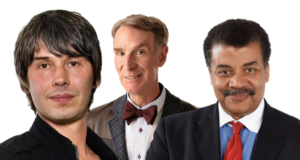 I think these men are great, they represent the community very well. They make science seem cool, they are like rockstars! But again, they are all male. [1]

Now, does this matter?

Research consistently shows that pupils age 10-14 start to self-identify as ‘not-STEM’. To give a few examples, an IoP survey found that the majority of female students in year 9-11 of English schools agree with the statement “Boys and girls choose different post-16 subjects due to different influences on them”. The National Foundation for Education Research reported that “Female, working-class and some minority ethnic students lack confidence and experience lower teacher expectations of their abilities – even when they achieve well”.

And from my own experience in research in physics, I know that these forces are real, I know that you are swimming against a current of expectation.

So what do we do about it? We want to move to a system in which we teach gender-blind. That sounds very straightforward, but is probably less so than you think. Unconscious bias is very hard to beat, especially if you are unaware of it, which you may be. When I tested myself (a self-acclaimed feminist of sorts) I found to my surprise that I have a small bias towards favouring men and boys over girls when it comes to leadership roles and the exact sciences. So an awareness of gender bias and a commitment to not letting it affect your judgement or the language you use are essential. This awareness should also be transmitted onto the students, for instance by opening a classroom dialogue to confront pupils with their own beliefs.

Another tactic is to provide female (as well as male) role models in the classroom, for instance by highlighting historical female scientists or by bringing in career scientists in the classroom. The latter may as well help with career guidance for motivated students.

These are just a couple of suggestions that I drew from my reading and personal experience, but hopefully not an exhaustive list. I am very interested in discussing the topic, so if you have an opinion or suggestion, please do share!

[1] Though of course Neil deGrasse Tyson is a role model for another minority than I am talking about at the moment, for which I laud him.